Performance – I put a spell on you 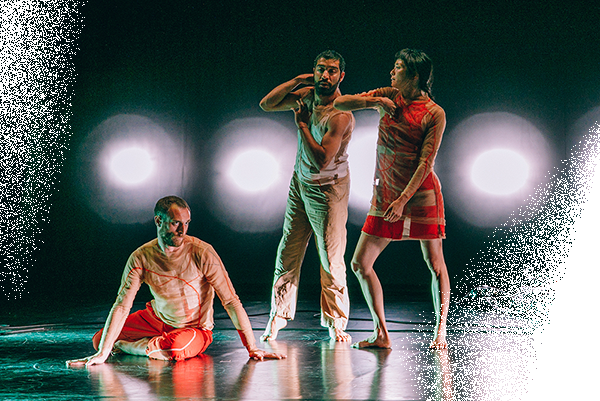 I Put A Spell On You is about externally inflicted inhibitions, which is juxtaposing the notions of private self versus a totalitarian authority. Three individuals are locked up in a space where the presence of the supreme observer is inescapable. Their fragile bodies having lost all notion of privacy are in a constant regime of self-discipline.

“The starting point in my performance is the concept of ‘forced isolation’ which is connected to privacy in relation to an authority. For example, if a political authority wants to generate power, it can get its strength from observation and control of the civilian population. The ubiquitous presence of such an authority causes a schizophrenic state of mind among the observed in both the public and the private space. My interest goes to the consequences of such observations on human behavior. Personally, from my cultural background in Iran, I myself experienced ‘isolation’ that is related to taboos, censorship and boundaries, and in Belgium I have also been confronted with various forms of ‘social isolation’.

The movement material that I have created are expressions of extreme forms of ‘being limited’ and the consequences of this on the individual and her environment.”