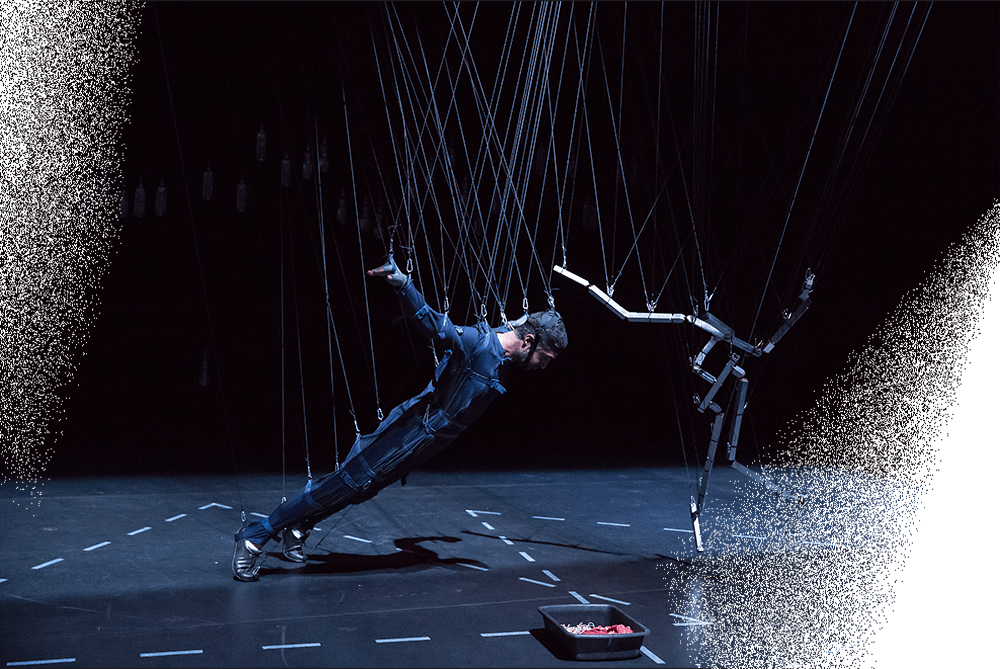 “The project is a platform where through a 100% mechanical pulley system, a human size marionette and me/performer have the possibility to interact. The machine works as a transmitter/translator of movement, with which I will work on demands, agreements, affection, intersections, differences, transportation, hybridization, accompaniment, anger, violence, manipulation… between me and a double of me.”

In this work, the Iranian artist and his life-size marionette interact through a block and tackle. Through carabiners and pulleys connected by a complex system of ropes, the performer and the metal marionette form an interdependent triad. Thus, each dance movement finds its echo in a dismantled and chaotic version in the movements of the metal, initially fleshless puppet. Here the mechanism does not just function as a translator but also as the manipulator of the life between the artist and his double, which causes even the meaning of the respective roles to fade. The efficiency of the development of the actors on the stage can vary to the extent that their identities and classifications – between object and subject, actor and observer, follower and leader, authenticity and unreliability – are lost.